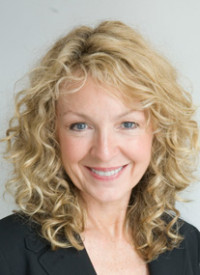 How Turning 50 Can Save Your LIfe

This presentation will offer an overview of how America currently addresses aging in the media and society overall, and will present an inspiring message about embracing our age, with a specific focus on taking control of our health and fitness so we can be vital and engaged with life for as long as possible.

A few years ago when she turned 50, Barbara started to feel as though society had already written her future off, and it looked something like this: She would grow older, fade into the background, become invisible, pack on post-menopausal pounds and decide that this was probably going to be how it was going to be. This is how many people who turn 50 feel.

And that’s where she was headed until she came to a screeching halt and said “no!” Instead of giving up and giving in, she retreated, revised and re-emerged: Barbara took control and wrote a new future for herself, which includes exercise, healthy eating, smart skincare, easy makeup and hair, simple style and a cheeky new attitude.

She figured out how to lose the weight, start a sustainable fitness program, eat well, wear clothes that made her look agelessly stylish, take better care of her skin, reconnect with her husband, walk with confidence, stop being filled with fear about her future . . . and so much more.

The result was her first book, The Best of Everything After 50: The Experts’ Guide to Style, Sex, Health, Money and More, the quintessential guide for living your best life after 50.

• stop feeling invisible
• ignore the negative media messages that bombard us about aging
• reconnect with your core self
• create a fitness, eating and well-being program . . . for life
• be fearless after 50

The Five-Point Plan for Positive Living . . . at Any Age

This presentation will offer an inspiring message about embracing our age, with a specific focus on taking control of our health and fitness so we can be vital and engaged with life . . . for the rest of our lives.

It is never too late to make simple changes that will benefit our current — and future — selves. It’s not too late to shed those extra pounds, or wear sunscreen, to look for a new way to style your hair, to think about adding a few simple pieces to update your wardrobe, to find new love or embark on a new career.

The most important lesson Barbara learned when researching and writing The Best of Everything After 50 is this: It’s the small, simple changes that can have the biggest impact, now and in the future.

Don’t let the youth-worshiping society in which we live write your story. Take control and live your best life starting today with five tips I call my “Points for Positive Living.”

• stop dieting and start eating
• move your body for more energy (and better fitting jeans!)
• strengthen your muscles to fight osteoporosis
• embrace your age and love your life

This presentation will inspire men and women to be fearless after 50 by first focusing on the most common fears we face, and why how we can overcome them with some good common sense.

For too long, the word “aging” has been connected to the word “ignore.” Well, those days are over. We are a huge, growing and politically, economically and socially powerful. Ignored? I don’t think so.

This presentation will inspire men and women to embrace—and love—their bodies . . . now.

Many of the diseases and disorders we assume are unavoidable by-products of aging are actually caused by lack of fitness and loss of strength. And many other health problems can be kept in check with regular exercise. As the national spokesperson and Bone Health Ambassador for the National Osteoporosis Foundation, Barbara will review all the ways that we can fight disease, have more energy, and look and feel better with a simple program that’s doable, sustainable, can be done anywhere, anytime and is free.

• embrace and love your body . . . now
• listen to your body
• do the three key exercises that will strengthen your bones and fight osteoporosis
• eat to build better bones
• get enough calcium for strong bones

Barbara Hannah Grufferman, a recognized expert on positive aging, is the author of “The Best of Everything After 50: The Experts’ Guide to Style, Sex, Health, Money and More,” a best-selling resource book which addresses the concerns of women over fifty with the wisdom of top experts in different fields, including Diane von Furstenberg, Frederic Fekkai, Dr. Patricia Wexler, and many others. She writes the popular weekly front-page “Life After 50” column for Huffington Post, a weekly column on AARP, and is Positive Living Expert for GLOW Beauty Magazine.

Barbara hosts the #1 most-watched weekly series for AARP: “The Best of Everything with Barbara Hannah Grufferman” which airs on the AARP YouTube Channel. She guest blogs regularly for other websites and is at work on her second book, “Take It Back: The Best of Everything Guide to Owning Your Life After 50 (and Beyond)” which will help readers reclaim their health and lives after decades of taking care of others. She’s also working on a “quick tips” book for women 45+ for AARP.

Since the launch of her first book in 2010, Barbara has appeared on The Today Show, The Early Show, Dr. Phil, The Doctors, Good Morning America Health, local television stations, and is a regular guest on numerous radio and internet programs, including NPR, Dr. Oz Sirius Radio on the Oprah Channel, and Sirius Doctor Radio. She also travels around the country, speaking to groups on health, nutrition, career, fitness, sex and many other topics
related to positive and healthy aging.

Barbara is a recipient of the Generations of Strength Award from the National Osteoporosis Foundation, the country’s leading authority and resource on osteoporosis and low bone density, for her outspoken support of positive and healthy aging in America, and was then named NOF’s first Ambassador for Bone Health.

After attending St. John’s University, and then New York University for graduate studies in Social Anthropology, Barbara began her twenty-year career in magazine publishing during which she started magazines and served as Executive Vice President/Group Publisher, overseeing the operations of several well-known entertainment weeklies. Barbara has been profiled in the New York Times and many publishing journals.

Following her successful career in publishing, Barbara joined World Congress LLP—an international conference company that focused on infrastructure needs and projects in developing countries—as President, and member of the Board of Advisors.

A native New Yorker, Barbara lives in New York City with her husband, two teenaged daughters, and Gunther the Wonder Dog, who was rescued through the National Brittany Rescue Network. 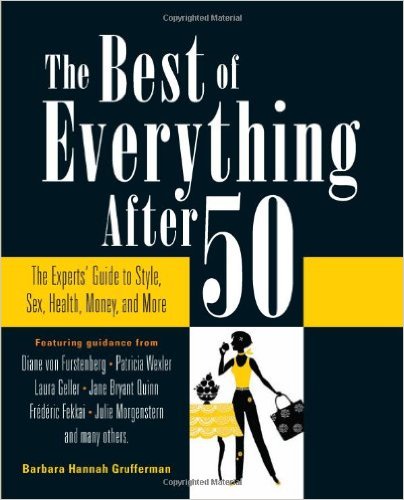 The Best of Everything After 50: The Experts' Guide to Style, Sex, Health, Money, and More 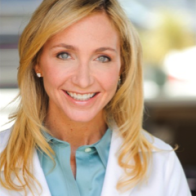 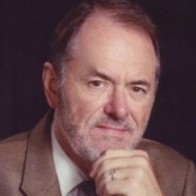 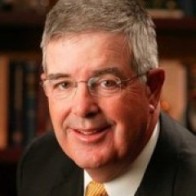 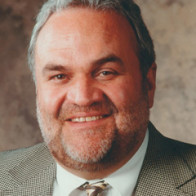 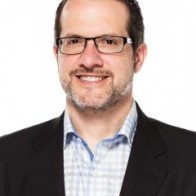