Sandy Ogg is the Founder of CEO.works. From 2011 to 2016, Mr. Ogg was Operating Partner in the Private Equity Group at Blackstone, serving their nearly 100 portfolio companies. For eight years prior to that, he was the Chief Human Resources Officer for Unilever based in London, where he spearheaded the change in the organization’s operating framework and leadership system that was at the heart of the business transformation. Prior to joining Unilever, he served as Senior Vice President, Leadership, Learning and Performance at Motorola. Before his corporate roles, Mr. Ogg worked as a consultant with Dove Associates, The VIA Consulting Group (which he founded), and The Center for Leadership Studies. He began his career doing rescue work at sea as a line officer in the U.S. Coast Guard.

Mr. Ogg holds a Bachelor’s degree in Mathematics (U.S. Coast Guard Academy), a Master’s in Human Development (George Washington University) and an MBA (Kellogg School of Management). He has served on the boards of INSEAD, The Rotterdam School of Management (Erasmus University, Netherlands), The European Academy for Business in Society (Vice Chairman), and BBH Advertising in London. In November 2015, the National Academy of Human Resources inducted him into its class of Fellows in recognition of his contributions to organizations, the profession and society at large. 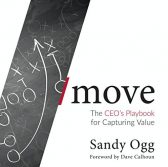