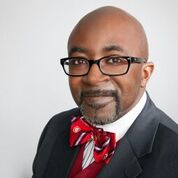 Becoming Your Own Boss: A Masterclass in Start-Up Success

Every entrepreneur believes they have can’t miss ideas. Have you tested your idea? Do you have proof of concept? Are you marrying your idea when you should only be dating it? Do you actually know how to lead a company? There is a difference between starting and owning a business, and being your own boss. With humor and powerful insights, this informative presentation reveals the key tenets of the immense preparation behind launching a business. From ways to test your ideas and identifying viability & scalability, to developing the emotional literacy, self-management and preparation skills necessary for successful entrepreneurial leadership, Alfred takes audiences on the crash course of a lifetime

Secrets of Success & Wealth From The World’s Greatest Entrepreneurs

Having spent a lifetime in journalism, Alfred has accumulated a wealth of invaluable insights and secrets to success gleaned directly from exclusive interviews with outstanding business leaders. In this powerful talk, Alfred highlights the commonalities between some of the greatest minds in business — including billionaire Chairman & CEO of Koch Industries, Charles Koch

The ability to create and maintain healthy relationships is the single biggest prognosticator of career, business and financial success in your life; the failure to do so is the biggest threat to that success. With the many different forms of communicating we use on a daily basis — email, text, phone, face-to-face — business relationships are faster paced, higher stakes and less transparent than ever before. As such, Alfred details key strategies that business leaders must develop to establish winning relationships.

Edmond currently serves in the role of SVP/Executive Editor-at-Large of Black Enterprise, responsible for providing brand, marketing and content leadership as a member of the multimedia company’s senior management team. Prior to his current position, Edmond was SVP/Chief Content Officer, responsible for overseeing marketing for all of the major franchises of Black Enterprise, including the magazine, television shows, web site, social media and live networking events, and content for the company’s broadcast and digital properties. From 2008 through 2010, Edmond was SVP/Editor-in-chief of BlackEnterprise.com, helping to lead the transition from single-magazine publisher to digital-first multimedia company. From 1995 through 2008, Edmond was chief editor of Black Enterprise magazine.

A nationally recognized expert on business and economic trends, personal finance, leadership development and mentorship, Edmond is a highly sought- after public speaker and moderator. Since 2011, he has served as the host of Money Matters, a nationally syndicated radio feature of American Urban Radio Networks. Edmond appears regularly on television and nationally syndicated radio, including serving as a commentator on PBS’ Nightly Business Report; contributor to American Express OPEN Forum and The Doug Banks Show radio program; and guest expert on MSNBC’s Your Business. A highly respected social media enthusiast, he enjoys a large, active and influential network across several social media platforms. He is also a trusted mentor, adviser and confidante to dozens of successful professionals and entrepreneurs. 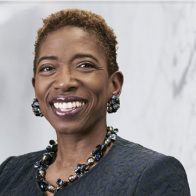 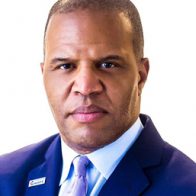 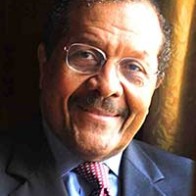 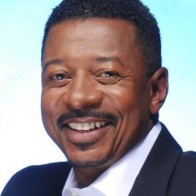