David Jay has been shooting fashion photography for the past 20 years. His work has been featured in international editions of Vogue, Elle, Cosmopolitan, Style, Shape and countless others. The focus of his photography shifted abruptly nearly 12 years ago when a dear young friend was diagnosed with breast cancer. Soon after, David began The SCAR Project. Following this series, David continued to dedicate his work to capturing often unseen aspects of humanity.

Jay’s photography has been published in the New York Times, BBC, LIFE, Forbes, USA Today, and countless other publications throughout the world. A book was published entitled “The SCAR Project” and a documentary on the project entitled “Baring It All” won an Emmy Award in 2012. David is the recipient of the Lucie Award, Photographer of the Year, Magnum Photography Awards, and in 2013 he was named one of Muse’s 50 Fearless Minds Changing the World.  Acquisitions of Jay’s photography include The Library of Congress, The Museum of Fine Art in Houston, and the Phillips Collection among others.

David’s photography has been published in countless medical journals, magazines, and has been the subject of many medical thesis papers. This past fall he was the motivational keynote speaker at the Royal College of Physicians. Other lectures include, but not limited to: MD Anderson Center, The Museum of Contemporary Art, Harper’s Bazaar sponsored Lecture Series, Duke University, ReThink Breast Cancer, University of Alabama, Birmingham, and both national and international radio and television interviews.

A few years ago I came across David’s photographs and was completely mesmerized by them. The messages of the photographs prompted me to invite him as a key note lecturer to the London Breast Meeting 2016. His lecture was possibly the most powerful and poignant lecture given at any conference I have attended so far. The audience was captivated like myself by his story and the stories of his subjects. The SCAR Project is an eye opener to any doctor involved in the treatment of our patients.

David Jay has captured our high-ranking audience from the first second as his visual sensitivity, ethos, tactfulness, courage and uncompromising story-telling translates perfectly into his voice and persona. The feedback from the audience, including former National Security advisor Susan Rice, was overwhelming. My husband, German Ambassador Peter Wittig and I, are incredibly grateful to David Jay and will continue to seek ways of cooperation.

Director of Communications at Seeds of Peace 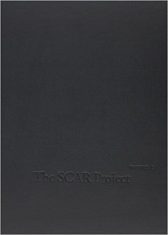