To most Americans, negotiating and implementing international trade policy agreements is an enigma, which often breeds suspicion if not contempt for the process. Much is at stake for millions of U.S. businesses, workers and consumers. Demystifying the policymaking process, the...

To most Americans, negotiating and implementing international trade policy agreements is an enigma, which often breeds suspicion if not contempt for the process. Much is at stake for millions of U.S. businesses, workers and consumers. Demystifying the policymaking process, the institutions, the politics and the interrelationships among the stakeholders, both within the U.S. and our trading partners abroad, is essential to gain a better understanding of what are the benefits as well as the costs of various trade initiatives—past, present and prospective. With the overwhelming majority of the world’s customers located outside the U.S.—if not outside most advanced countries—trade is hardly only important to large businesses: small and medium-sized companies need to develop a strong understanding of international trade rules and opportunities in order to succeed in a global marketplace. How is trade policy actually developed in the U.S.? Who are the key parties that influence how those decisions are crafted?  How likely will a change in presidential administration engender a shift in the stance of U.S. trade policy in such a way that there could be profound impacts on companies, workers and consumers—not just in the U.S. but also throughout the world? What are the indicators to look for when trying to determine which direction trade policy is headed—particularly with a change of administrations in 2017? A former senior-level trade negotiator in both the Bush (41) and Clinton White Houses, as well as a drafter of key trade legislation while a senior staff member in the Senate, Harry Broadman shares a ringside seat overview of the decision-making process in Washington behind recent trade policy initiatives, including the negotiation of NAFTA and the WTO. He also highlights the trade challenges of the future, with respect to China and other major trading powers, and offers his insights on effective ways to take advantage (and avoid the pitfalls) of trade agreements as businesses operate abroad.

Is China Really Destined To Be an Economic Powerhouse?

The conventional wisdom on Wall Street, inside the Capital Beltway, in the union hall and throughout the shopping mall is that it is inevitable that China will soon dominate the global economy. While at present, doubts are voiced due to the current slowdown in China’s output...

The conventional wisdom on Wall Street, inside the Capital Beltway, in the union hall and throughout the shopping mall is that it is inevitable that China will soon dominate the global economy. While at present, doubts are voiced due to the current slowdown in China’s output and the bubble in its real-estate sector, at the fundamental level those concerns are widely seen as temporary speed bumps in China’s inexorable march to be the world’s economic captain. A deeper understanding of the underlying structure and functioning of Chinese banks and enterprises, the framework governing policymaking in Beijing, the arc of the Communist Party’s stronghold over the economy, and the nexus of environmental, health and social challenges affords a different perspective. What are China’s real economic and policy risks?  What role does the absence of democracy in the country play in China’s economic fortunes?  How much has the Chinese economy in fact changed since the advent of reform in 1978?  Where are there opportunities for China’s long-term growth? Harry Broadman, who has worked throughout China at the field level since 1993, will excite audiences with this fresh perspective on the trajectory of China’s economic destiny.

Where Is the Growth in the World Economy?

The recent global financial crisis and the ongoing softness in much of the advanced countries—the EU, Japan and the U.S.—have shaken businesses’, investors’ and policymakers’ perceptions and confidence of a return to historic levels of stable growth. The fact that ...

The recent global financial crisis and the ongoing softness in much of the advanced countries—the EU, Japan and the U.S.—have shaken businesses’, investors’ and policymakers’ perceptions and confidence of a return to historic levels of stable growth. The fact that many emerging markets have been growing at annual rates two to three times those of the industrialized economies over the past two decades appears to confirm that the world marketplace is actually undergoing a structural transformation. What are the fundamental sources of these phenomena? Is this a one-time change, owning to a longer than normal business cycle that has yet to run its full course, or is it part of a long-term secular change?  What new risks and opportunities are presented? Harry Broadman’s on-the-ground insights about the genesis and implications of these shifts—and his surprising bullish view—will alter how audiences think about the future of the U.S. and the world economies and will shape the decisions they make.

Harry G. Broadman is a globally renowned international finance executive, private equity investor, trade negotiator, and authority on business growth, risk-mitigation, corporate governance and innovation. Over the course of his 35+ year career he’s re-invented himself more than a handful of times—not only in an interdisciplinary fashion, but also across greatly differentiated senior roles in the private sector, interspersed with stints as a high-level public official, professor and journalist.

Soon after receiving his doctorate in economics in his mid-20s, he emerged as a thought-leader on the unforeseen dynamics that have changed the underlying structure and character of world markets long before the term “globalization” was commonplace. These insights shaped Broadman’s focus on operational strategies that propel firms’ competitiveness, especially in emerging markets, the parts of the world toward which he has always had a strong predisposition. He has worked in more than 80 such countries across 5 continents, including throughout China, India and much of the rest of Asia; most of Latin America; Russia and almost every other Former Soviet Union state; the Balkans and Turkey; much of Africa; and parts of the Middle East.

As a keynote speaker, Harry brings to audiences a unique combination of both fundamentally insightful as well as pragmatic views about how commercial, financial and policy changes driving international markets are altering enterprises’ opportunity-risk tradeoffs in ways few ever could have predicted or understood. Rather than using a rear-view mirror approach, he entices listeners to think through a prospective prism to frame critical business decision-making opportunities and challenges they will likely face. He draws out lessons punctuated by the ways markets intrinsically tend to operate in ‘non-linear’ patterns.

In addition to leaving audiences with concrete, practical takeaways—he often gets comments such as “unlike other speakers, you’re compelling because it’s clear you know firsthand what’s really ‘going down’ and what to do”—his speeches are also entertaining and infused with his infectious sense of humor.

Harry Broadman spoke at our bi-annual US Cotton Summit to a very diverse global audience of over 400 people from 30 countries and wowed them with his impressive knowledge of the world and his insights about how history is shaping so many of the current issues we face. We had very positive reviews in our follow up survey and I would heartily recommend Harry as a speaker.

Harry Broadman was asked to speak spontaneously and interactively with another expert on the “Challenges of China Today and Tomorrow”.  Harry’s expertise, sense of the audience and demeanor allowed for a level of enhanced enlightenment beyond our expectations.

Dr. Broadman’s trenchant, actionable and compelling insights were most beneficial to our organization. The feedback from our guests was overwhelmingly positive.

Harry’s keynote speech at the Institute for Private Investors’ Spring Forum in New York was confident-inspiring, insightful, and extremely well-received by our members. 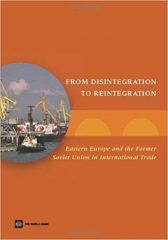 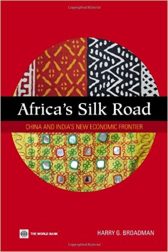